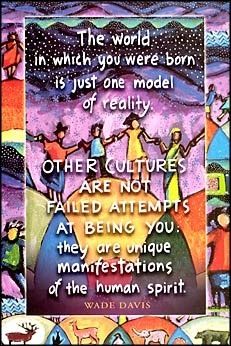 It is becoming clear (Dunbar) that only human scale organisations are understandable for individual humans and have the potential to provide psychologically safe and healthy environments for humans. A careful analysis of human history demonstrates that super-human scale organisations are inherently unsafe for individual humans, and that completely atomised societies are inconceivable, as they are apparently incompatible with human social needs. 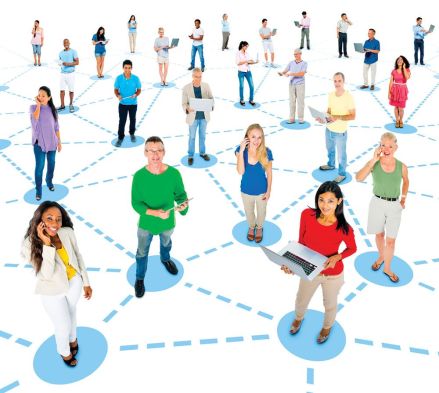 The NeurodiVenture operating model is the social DNA of an emergent cultural species that has developed an immune system that enables it to survive and even thrive in three complementary contexts:

The minimalistic aspect of the NeurodiVenture operating model supports a huge diversity between cultural organisms and overall equips the NeurodiVenture cultural species with a level of resilience that differs markedly from the brittleness and pathological cultural inertia that characterises super-human scale societies.

The main difference between all human scale cultural species and super-human scale “civilised” societies lies in the devaluation of knowledge and reliance on anonymous transactions and abstract monetary metrics, and in a corresponding devaluation of trust based collaboration at eye level.

The end of capital 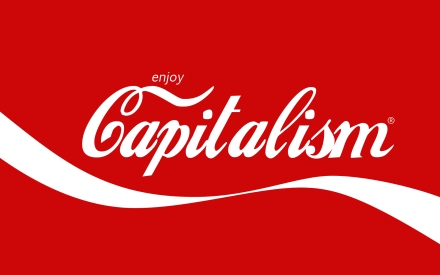 Peter Thiel and Eric Weinstein, the manager of Thiel Capital, are two people who are not afraid to share their thoughts. It is interesting to see how they can spend 3 hours framing their quite astute observations on human society entirely within the box of capitalism and “meritocracy”, and how this frame prevents them from reaching deeper insights about human limitations and human creativity.

Human scale does not exist in Peter Thiel’s world. Instead Peter and Eric attempt to explain everything in terms of individuals, individual merit, organisations, growth, and progress in science and technology (without any attempt to delineate the boundary between science and technology). In the dialogue referenced above they both go to great lengths to complain about the extent to which virtually all organisations have become sociopathic, but they don’t realise how insisting on an individual talent or merit scale and a universal metric (capital) is the perfect breeding ground for the corruption that they complain about. It is as if they complain about all the hierarchical structures that differ from an envisaged ideal and universal “meritocratic” hierarchy that is defined by criteria stipulated by Peter Thiel & Co.

Whilst long, the above dialogue is highly recommended for all those who are still convinced that capital must be part of the furniture of all technologically advanced societies.

The dialogue between Peter Thiel and Eric Weinstein illustrates that some of the most fundamentalist capitalists question whether there has been any substantial technological progress at all over the last 40 years.

I concur with the diagnosis of stagnation in many areas of knowledge, but from my perspective economic growth and capital are counter-productive and dangerously misleading metrics going forward. Capital is a legacy technology that will need to be phased out if humans want to have any chance at avoiding the self-destructive pattern of civilisation building and collapse that has characterised the last 10,000 years.

We need to be clear about the remaining life expectancy of capital as a relevant metric at super-human scale. In the short term human scale employee owned companies and cooperatives can opportunistically work within a capital-driven world, but over the next 30 to 100 years the role of capital will likely be reduced to zero – it’s going to be an obsolete legacy technology just like the telegraph is a legacy technology today.

The interest in human scale employee owned companies is growing globally, as such companies are capable of thriving in a capitalist environment due to their collaborative advantage, but they are also ideally positioned to thrive in other emergent environments that are less toxic for the planet.

Domain-specific metrics that measure physical properties are going to become much more important than abstract metrics at super-human scale. Abstract metrics are only safe (low risk of corruption) for local resource distribution at human scale.

From economics to the web of life 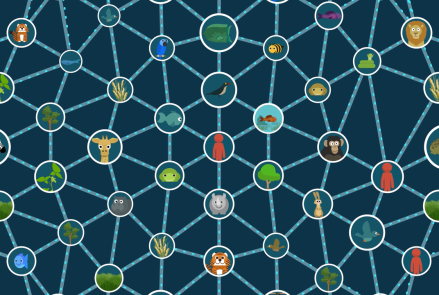 If we want to avoid repeating the mistakes of human “civilisations”, the rules for coordinating at super-human scale will have to allow for and encourage a rich diversity of human scale organisations.

The resulting web of interdependencies can simply be thought of as the web of life rather than “civilisation 2.0”. We must not to again make the anthropocentric mistake of putting humans at the centre of the universe.

Similarly cultural organisms enjoy a significant level of agency at human scale, as all individuals in the organism may create new relationships across the organisational boundary as needed, for example coordinated via a simple advice process and as needed via deliberation in Open Space. Cultural organisms that don’t operate an egalitarian culture will quickly find themselves at a disadvantage, as they are held back by cultural inertia. At some point their members may decide to join more egalitarian cultural organisms.

Agency at super-human scale is an emergent phenomenon that can not be attributed to any specific individual. Living within “civilisation” we are surrounded by super-human scale structures and it is difficult for most people to imagine collaboration at human scale without being embedded in some bigger hierarchical system.

Large sets of collaborating cultural organisms (some of which may be given labels for the purpose of communication and reasoning about them) without any hierarchical command and control are unattractive for sociopathic empire builders. The lack of hierarchical structure is a key element of the immune system against organisational cancer.

Human spoken and written languages are useful, but we need better [non-linear] languages systems for reasoning about collaboration beyond human scale.

The human lens is a meta language that can be used to construct better language systems.

Below is a high level overview of  valuable resource flows represented with the help of the logistic lens within the human lens.

The represented abstract categories can be refined as needed in corresponding models of concrete instances of resources and agents.

In a simplistic capitalistic world such complex multi-dimensional collaborations patterns tend to be linearised into legal agreements that are dominated by a simplistic one-dimensional metric – capital.

We can use the same visual notation as above to create models of dysfunctional feedback loops (or negative “externalities” in the language of economics).

In a networked digital world agreed collaboration patterns can be formalised with the human lens, making use of physical metrics to quantify flows of resources and energy, without any need to resort to abstract metrics. The technologies for resource based accounting exist today.

Below is an example of a high level commonality and variability analysis of the agriculture sector represented using the categories of resources, events, and agents (the REA paradigm).

The visualised categories are the commonalities that characterise the sector. Corresponding representations of concrete instances of these categories with the help of the logistic lens and connections between these instances lead to models of value producing processes and activities that can be refined to any desirable level of detail.

Where we stand today 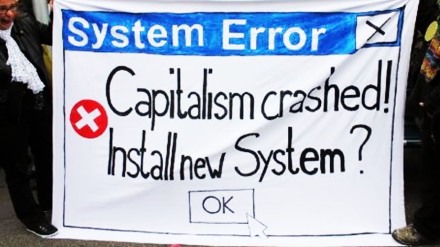 The only thing that stands in the way of phasing out the legacy technology of capital is cultural inertia and the ongoing indoctrination in outdated economic ideology delivered by our education systems.

In the coming decades metrics that measure physical properties (energy use, resource use, waste metrics) are going to become much more important than abstract monetary metrics. We will increasingly discover that abstract metrics (“currencies”) are only safe to use for resource distribution at a local human scale, and that at super-human scale the risk of corruption of abstract metrics simply becomes too large to be acceptable.

If everybody just continued with all their daily activities as usual as far as possible, irrespective of their ability to be paid or to pay, the following would happen:

The overall result of using alternative low tech local accounting systems would be a much reduced ability to rapidly shift abstract credit tokens around the world.

The main people who would get concerned would be all those who used to be able “to make a living” from speculation, from rent seeking, and from shifting abstract tokens around the world. Those same people will likely not have access to any of the trusted relationships at human scale that are essential for surviving in a non-financialised world. Similarly many of the people who used to have “second and third level” bullshit jobs (all those people in jobs involved in operating the technology that supports the financial system) may discover that they lack useful trusted relationships at human scale.

In a world where many global supply chains for physical goods are disrupted, and where technological failures refocus collaboration on local trusted relationships at human scale, resources and goods would flow at slower rates, and the flows that continue to take place would largely be local, focused on the absolute necessities of life. In some geographies food shortages would quickly become extreme, and the overall reduction in long distance transportation would significantly reduce energy consumption.

Interestingly renewable energy sources and connected electricity distribution networks and connected customers would only be disrupted in locations where they are deeply entangled with banking systems.

The outlined scenarios could very quickly result in civil unrest, especially in the “advanced” parts of the world that are further removed from trust based collaboration at human scale, but this observation can in no way be taken as a “proof” that a world without capital is inconceivable:

Considering all of the above, we can conclude that we are already much closer to a world without capital than capitalists would like us to believe. In many ways such a new world is much more desirable for most of us than the delusional world of infinite “growth” that we are still being sold.