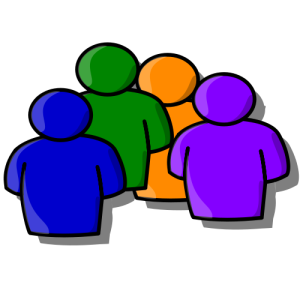 All animals that have a brain, including humans, rely on mental models (representations) that are useful within the specific context of the individual. As humans we are consciously aware of some of the concepts that are part of our mental model of the world, and we can use empirical techniques to scratch the surface of the large unconscious parts of our mental model.

When making decisions, it is important to remember that there is no such thing as a correct model, and we entirely rely on models that are useful or seem useful from the perspective of our individual view point, which has been shaped by our perceptions of the interactions with our surroundings. One of the most useful features of our brains is the subconscious ability to perceive concrete instances of animals, plants, and inanimate objects. This ability is so fundamental that we have an extremely hard time not to think in terms of instances, and we even think about abstract concepts as distinct things or sets (water, good, bad, love, cats, dogs, …). Beyond concepts, our mental model consist of the perceived connections between concepts (spacial and temporal perceptions, cause and effect perceptions, perceived meaning, perceived understanding, and other results of the computations performed by our brain).

The last two examples (perceived meaning and understanding) in combination with the unconscious parts of our mental model are the critical elements that shape human societies. Scientists that attempt to build useful models face the hard tasks of

In doing so, natural scientists and social scientists resort to mathematical techniques, in particular techniques that lead to models with predictive properties, which in turn can be validated by empirical observations in combination with statistical techniques. This approach is known as the scientific method, and it works exceptionally well in physics and chemistry, and to a very limited extent it also works in the life sciences, in the social sciences, and other domains that involve complex systems and wicked problems.

The scientific method has been instrumental in advancing human knowledge, but it has not led to any useful models for representing the conscious parts of our mental model. This should not surprise. Our mental model is simply a collection of perceptions, and to date all available tools for measuring perceptions are very crude, most being limited to measuring brain activity in response to specific external stimuli. Furthermore, each brain is the result of processing a unique sequence of inputs and derived perceptions, and our perceptions can easily lead us to beliefs that are out of touch with scientific evidence and the perceptions of others. In a world that increasingly consists of digital artefacts, and where humans spend much of their time using and producing digital artefacts, the lack of scientifically validated knowledge about how the human brain creates the perception of meaning and understanding is of potential concern.

The mathematics of shared understanding

However, in order to improve the way in which humans collaborate and make decisions, there is no need for an empirically validated model of the human brain. Instead, it is sufficient to develop a mathematical model that allows the representation of concepts, meaning, and understanding in a way that allows humans to share and compare parts of mental models. Ideally, the shared representations in question are designed by humans for humans, to ensure that digital artefacts make optimal use of the human senses (sight, hearing, taste, smell, touch, acceleration, temperature, kinesthetic sense, pain) and human cognitive abilities. Model theory and denotational semantics, the mathematical disciplines needed for representing the meaning of any kind of symbol system, have only recently begun to find their way into applied informatics. Most of the mathematics were developed many years ago, in the first half of the 20th century.

To date the use of model theory and denotational semantics is mainly limited to the design of compilers and other low-level tools for translating human-readable specifications into representations that are executable by computing hardware. However, with a bit of smart software tooling, the same mathematical foundation can be used for sharing symbol systems and associated meanings amongst humans, significantly improving the speed at which perceived meaning can be communicated, and the speed at which shared understanding can be created and validated.

For most scientists this represents an unfamiliar use of mathematics, as meaning and understanding is not measured by an apparatus, but is consciously decided by humans: The level of shared understanding between two individuals with respect to a specific model is quantified by the number of instances that conform to the model based on the agreement between both individuals. At a practical level the meaning of a concept can be defined as the usage context of the concept from the specific view point of an individual. An individual’s understanding of a concept can be defined as the set of use cases that the individual associates with the concept (consciously and subconsciously).

These definitions are extremely useful in practice. They explain why it is so hard to communicate meaning, they highlight the unavoidable influence of perception, and they encourage people to share use cases in the form of stories to increase the level of shared understanding. Most importantly, these definitions don’t leave room for correct or incorrect meanings, they only leave room for different degrees of shared understanding – and encourage a mindset of collaboration rather than competition for “The truth”. The following slides provide a road map for improving your collaborative edge.

Emerging technologies for semantic modelling have the potential to reshape communication and collaboration to a significant degree, in particular in all those areas that rely on creating a shared understanding within a community or between communities.

2 thoughts on “Sharpening your collaborative edge”